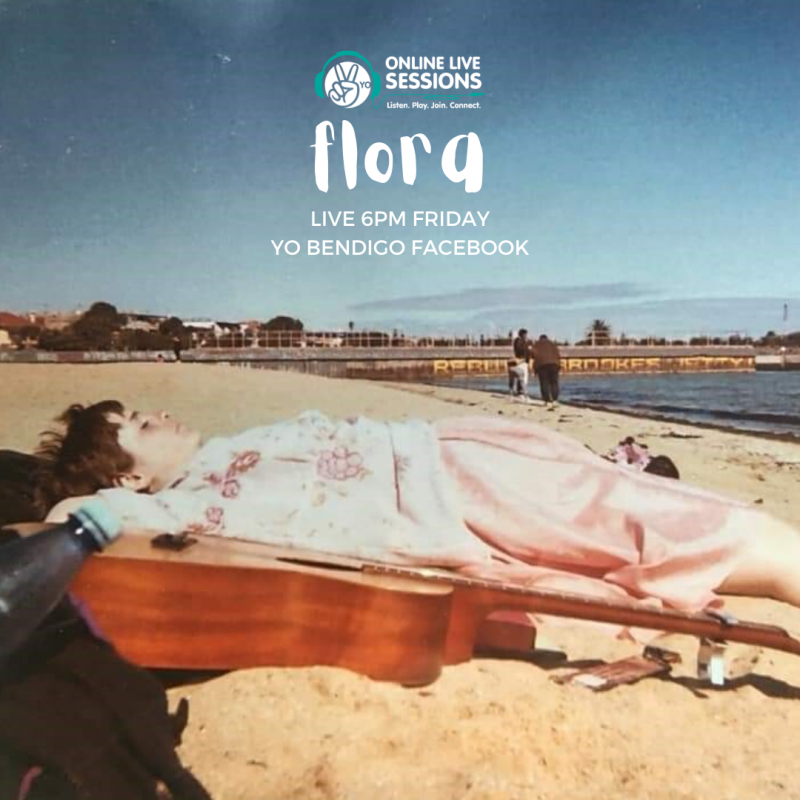 Coming this Friday! Tune in at 6pm to catch a live session from local musician Flora.

Flora is a queer 21 year old singer-songwriter raised on Dja Dja Wurrung country, in regional so-called Bendigo. Flora's songs are an open door to her sensitivity and honest search for compassion, justice and healing.
She has performed her music to various venues and events including the Bendigo Blues and Roots Music Festival and Newkind Festival in Tasmania. Most recently taking her songs to the Adelaide Fringe Festival as a composer and actress in Kristen O'Dwyers play Underlying Skins.

Inspired at a young age by Hillary Duff to be a pop star, she begun writing songs to share with the world. More recently influenced by artists such as Bon Iver, Angus and Julia Stone, Yvette Young and Kimya Dawson she has found her sound in a blend of folk pop and anti folk.